Most people are familiar with the sleep disorders that humans can develop. Insomnia, sleep walking, narcolepsy, and sleep apnea are just a few examples. It may surprise you to learn that dogs can also have these issues. Even though they are rare occurrences, it is important to know the signs so that you can help your pup, and any underlying cause may be quickly addressed.

What are Dog Sleep Disorders?

A sleep disorder is any change or problem affecting the way that a dog sleeps. Dogs have a sleep rhythm just like people. Sleep starts with slow wave sleep or non-REM sleep and then progresses to REM sleep. REM stands for rapid eye movement, so you’ll know when your pup is in this phase if you’ve ever seen his eyelids twitching while sleeping. Just like people, dogs will switch back and forth between the phases throughout sleep, and they will do this during naps and long sleeping periods overnight. The average dog sleeps anywhere from 12 to 14 hours a day while puppies sleep closer to 18 hours per day.

Non-REM sleep is when the body is asleep and there are slow brain waves, but it is easy to be woken up. During this phase, healing in the body takes place. After about 15 to 20 minutes, dogs enter the REM phase of sleep. This is a much deeper sleep, so it is difficult to be woken up during this time. However, the brain waves are moving much faster, and it is suggested that dogs might dream like people do. This is because learning is processed during REM sleep, and so visuals may come to mind during REM.

Sleep disorders will affect the length of sleep a pup can have, and they can also prevent dogs from entering deeper phases of sleep. In some cases, sleep disorders can decrease the amount of oxygen supply to the body, as is the case with sleep apnea. Sleep apnea is when a dog isn’t breathing well while he is asleep. This may be due to being overweight or having a problem with his airways. Brachycephalic breeds like Boxers and Bulldogs can have very narrow nostrils and elongated soft palpates. These characteristics can partially obstruct the main airways, making breathing difficult, and thus limiting the amount of oxygen being acquired during sleep.

Sleep disorders can also be dangerous if sleep is very sudden like in cases of narcolepsy. Narcolepsy is when a dog suddenly falls asleep, unable to be roused for a few seconds or minutes, and then wakes up as if nothing has happened. It is a rare genetic condition that is known to affect some Doberman, Dachshunds, Labrador Retrievers, and Poodles. A narcoleptic dog could be in the middle of playing or eating and then suddenly fall asleep. Sometimes, owners can identify a trigger or cause to avoid, but great care must be taken to ensure that a dog doesn’t hurt himself when a narcoleptic episode occurs.

REM behavior disorder in dogs is kind of like sleepwalking in humans. Dogs can be physically active during the REM part of sleep, but this can be dangerous as well because dogs can injure themselves or may lash out with their claws and bite. This is an extremely rare but serious condition. REM behavior disorder has been known to affect dogs who have had illness due to tetanus.

Insomnia is when a dog has trouble falling asleep or staying asleep. It isn’t actually a primary disorder in dogs but is most often caused by some underlying issue such as anxiety or a health problem. Dogs with insomnia can develop health issues as a result of poor sleep. It also means that their brains can’t process things very well, and their bodies cannot repair themselves in a way that a healthier dog can.

Dogs with sleep apnea are likely to snore, especially brachycephalic breeds with short faces, narrow nostrils, and elongated soft palates. These dogs may also gasp or choke while they sleep. Laryngeal paralysis is another condition that can partially or fully obstruct the opening to the trachea or windpipe, causing these same sounds.

Acute sleeping or sudden unconsciousness is the main symptom of narcolepsy. In dogs with REM behavior disorder, they will become highly active or even aggressive while sleeping. Dogs with insomnia will spend most of their time awake at night, seeming restless or sometimes pacing in the dark. They might be more prone to longer naps during the daytime.

With all sleep disorders, lack of a good sleep cycle can result in tiredness, irritability, and changes in attitude. If there is an underlying illness for insomnia like heart disease, diabetes, or pain, you may notice additional clinical signs. For senior dogs with canine cognitive dysfunction, their sleep-wake cycles are affected, and they also tend to lose their hearing and eyesight.

Treatment for any sleep disorder will be based on the type present and if there are any underlying illnesses that caused it. In cases of insomnia, a full physical examination from your veterinarian is recommended. They may recommend blood and urine testing to rule out kidney disease, liver disease, or an infection. X-rays can help evaluate the heart and lungs to make sure there aren’t any breathing problems. Dogs who are overweight or obese need to exercise and go on a diet to help lose weight so they can breathe better.

There is no definitive treatment for dogs with narcolepsy. Owners needs to focus on their pup’s surroundings, and they should also try to remember if there was an inciting factor. For example, if an episode occurs immediately after a dog gets very excited, the owner will need to find ways to minimize over-excitement. Recording these episodes are also helpful to ensure that the narcoleptic episode wasn’t something more serious like a seizure or a syncopal episode.

For brachycephalic breeds with narrow nostrils and elongated soft palates, corrective surgeries can improve breathing and reduce snoring associated with sleep apnea. Dogs with laryngeal paralysis can be helped with medications like doxepin. However, most laryngeal paralysis cases can become severe, and surgical correction is often necessary.

REM behavior disorder has been shown to improve for some dogs when anti-anxiety medications, and there is some anecdotal evidence to suggest that CBD oil may help reduce anxiety in dogs. Some studies suggest that use of an anti-seizure medication called potassium bromide can help dogs with this condition.

Another possible way to treat sleep disorders is making sure your dog has a comfortable bed. Our beds use cooling gel foam to ensure a regulated temperature across your dog's body no matter the temperature outside! Our beds also were developed using pressure-mapping technology, ensuring that our foam is truly orthopedic and will hold up for years on end.

Sleep disorders are somewhat rare in veterinary medicine, but the effects can be debilitating for your beloved pup. It is important to document what is happening, what the inciting factor might be, and then contact your veterinarian for an evaluation. With quick thinking and investigating, your furry friend may receive the treatments needed so that he can sleep better! 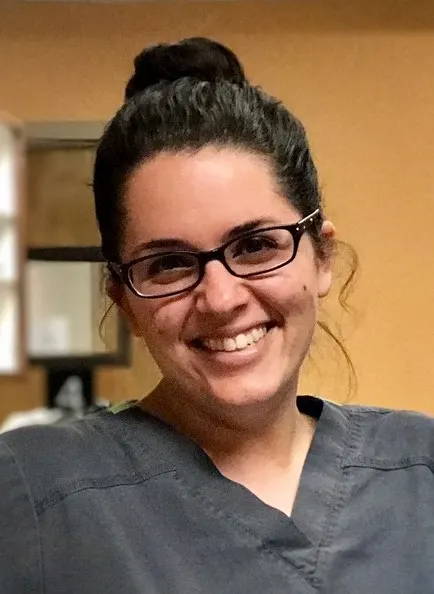 Erica has worked in the veterinary field since 2006, starting out as a veterinary technician before graduating from the UF College of Veterinary Medicine in 2013. As a general practitioner in an animal hospital, she has many interests and is especially interested in dermatology, cardiology, internal and integrative medicine.

Why Is My Dog Sleeping So Much?

What to Look for in a Top-Rated Dog Bed

Once you find the perfect dog bed for your furry friend, they are sure to make napping in it a part of their daily routine. A cozy dog bed will come in contact with quite a bit of hair and dander, making it important to find a bed that is easily washed.

Sign up to get the latest on sales, new releases, and more!